We are delighted to welcome Hendrik Hutting on board of Kitepower’s advisory board as an enthusiastic investor as well as a pioneering wind energy entrepreneur.

Henk Hutting is widely regarded as one of the founding fathers of the modern wind energy industry. He began his career in wind energy in 1982 when he got involved in the development of the first wind farm in the Netherlands; he then became the manager of a comprehensive research and development program covering all aspects of wind farming after which he set up and managed the wind energy consultancy department of KEMA.

Between 2000 and 2003, Mr. Hutting was managing director of Smart Tower, a joint venture of KEMA and Volker Stevin Offshore, specialising in the development of support structures for offshore wind turbines. This experience further extended his breadth and depth of knowledge of wind turbine design, engineering and hardware configuration.

In early 2008 Mr. Hutting led the founding of the Vader Piet entities to build and operate the wind farms on Aruba. The same year he joined NuCapital, Incorporated (BVI) as CEO. NuCapital specialises in the development, financing and commissioning of wind energy projects in the Caribbean and Central and South America. In 2014 he became main investor and Board member in Optixolar BV, a company dedicated to the improvement of the efficiency of solar panels.

In 2015 he joined Futerra as investor and Chairman of the Board. Futerra is developing a factory in Portugal to produce BioCoal out of waste wood. In addition Mr. Hutting also joined VBA Brazil, turned Acai pits into a valuable fuel while simultaneously eliminating a disposal problem in the city of Belem. Successively he invested in and gave management support to Yilkins Drying Systems, a Dutch company that builds drying and torrefaction systems for biomass.

In joining the spin-off from the TU Delft that became Kitepower, Mr. Hutting is entering the airborne wind energy industry and actively preparing its first commercialised system. The contribution of Hutting finds the start-up at the right time: Kitepower is approaching the winter ahead with many technical milestones to reach and the opportunity to rely on Mr. Hutting’s capital investment as well as 38 years of experience in the renewable energy field, serve as precious help throughout the technological and commercial growth of the young AWE company. At the moment Kitepower is confidently initiating the construction of a new 100kW ground station (GS3) and are closing in on continuous 1-week-long flight operations. The joint research carried by Kitepower B.V. and the TUD AWE research group will continue, and with the new research possibilities granted by Mr. Hutting’s investment, technical challenges will continue to be addressed by the PhD and MSc research programmes. 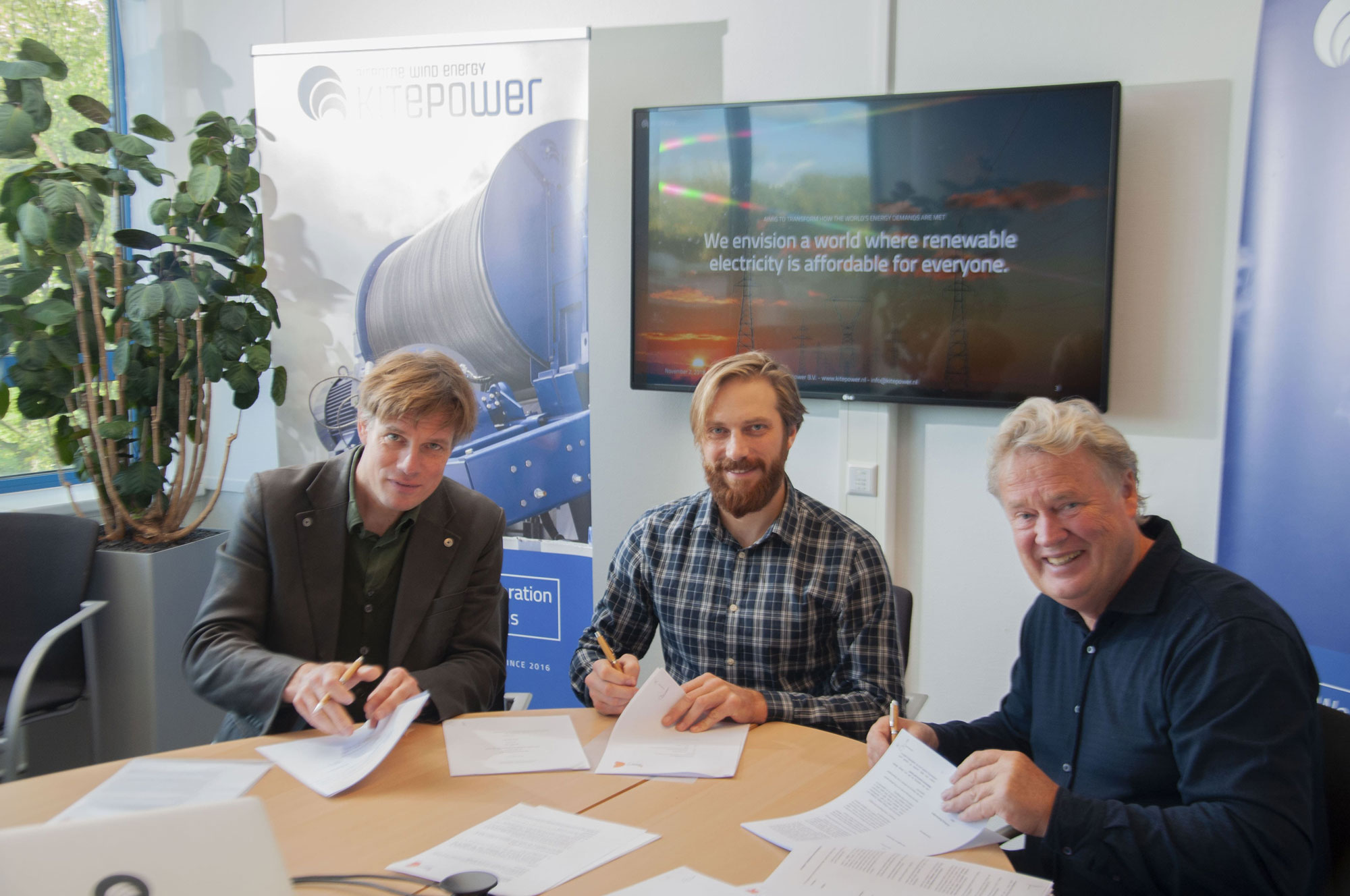